The sceneries, landscapes and serenity that this national park has to offer will enthrall the nature lover in you.

"A cherished corner of the world where mountains and valleys compete with each other for room, where scale is almost beyond comprehension, rainfall is measured in meters and scenery encompasses the broadest width of emotions " - Mountains of Water - The Story of Fiordland National Park 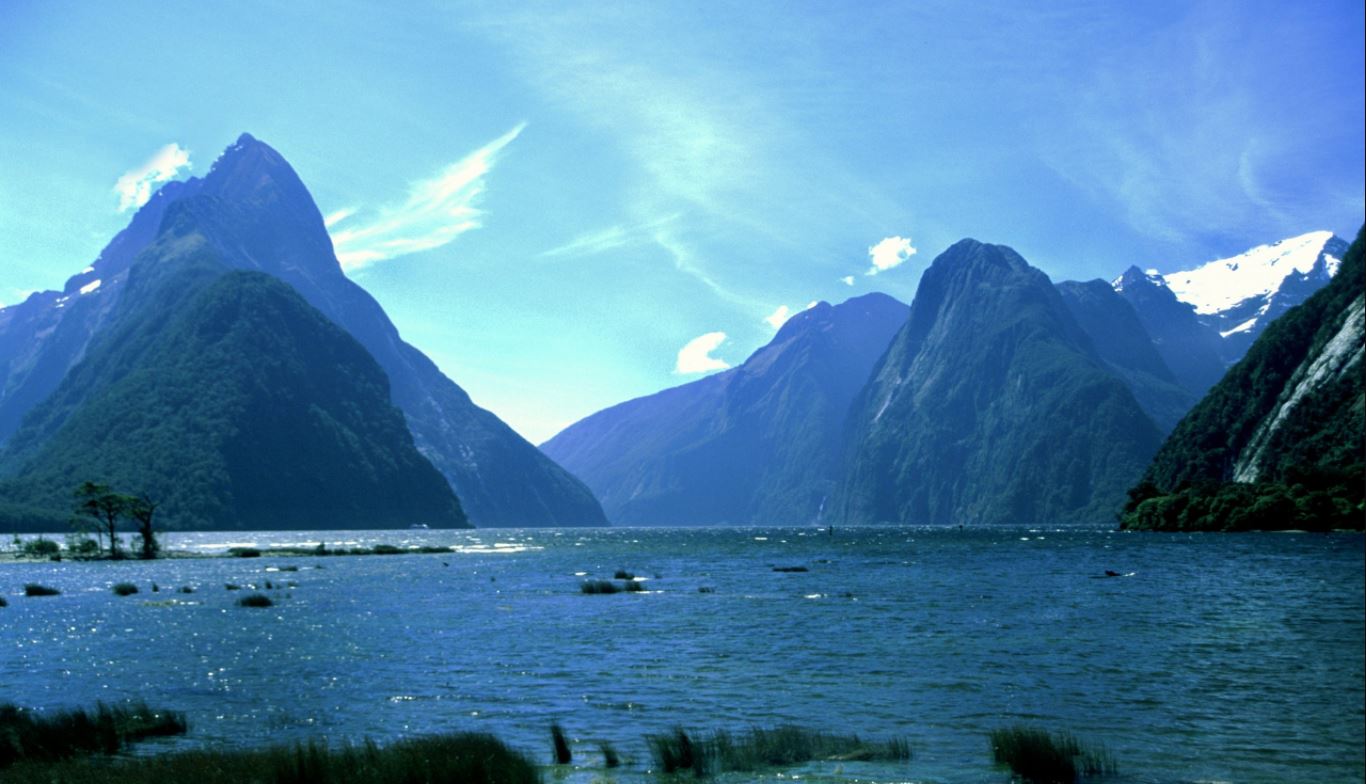 Pro tip – Carry Raincoats and Umbrellas without fail as Fiordland is the wettest region of New Zealand and rains are highly unpredictable there!

It is the largest National Park in New Zealand occupying an area of over 10,000 square kilometers. It is also a World Heritage Site and is managed by the Department of Conservation of New Zealand. The park is nicknamed as the Walking capital of the World.

The best time to visit the park is during early spring and autumn, it is best to avoid the park during summer as it gets crowded.

The region is situated on the south-west coast of the Southern Island and the nearest town to the Park is Te Anau. The Southern region of the Alps covers this park and along with the crystal clear waters of the coast, the park has a diversity of flora and fauna. The park is the epitome of natural diversity with mountain peaks, rainforests, lakes, waterfalls, glaciers and valleys. You name it and you can explore it in the park.

The park can be accessed easily through only one main road which is the State Highway 94 which passes through the town of Te Anau. But even the State highway 95 along with 2-3 other narrow gravel roads and tracking roads can be used to get to the Park. You can also take a scenic flight to the Te Anau area.

A fiord is a glacier valley which is u-shaped that is flooded by water. The three most popular tourist sites which are a wondrous site to behold are:

Rudyard Kipling identified this place as the eighth wonder of the world. The inlet is located on the northern end of the park and is accessible via road. It opens up to the Tasman Sea and the land surrounding the spot is prized for greenstone. The location has a lot to offer, you could drive to the spot and explore the fiord on a day-cruise of go kayaking to get up-close to the glaciers.

In case you are driving to Milford sound, the road traversed will not disappoint you with the most beautiful scenic views true to New Zealand which will be a sight to behold. The Mitre Peak here is a popular mountain that tourists like to climb and it is one of the most photographed mountain peak in New Zealand. The best views of this mountain are seen from the Foreshore Walk of Milford sound. The Darren Mountains are also located here that are popularly chosen to summit by mountaineers. One can also bear witness to the rich marine life of New Zealand here ranging from dolphins, seals, penguins and whales. 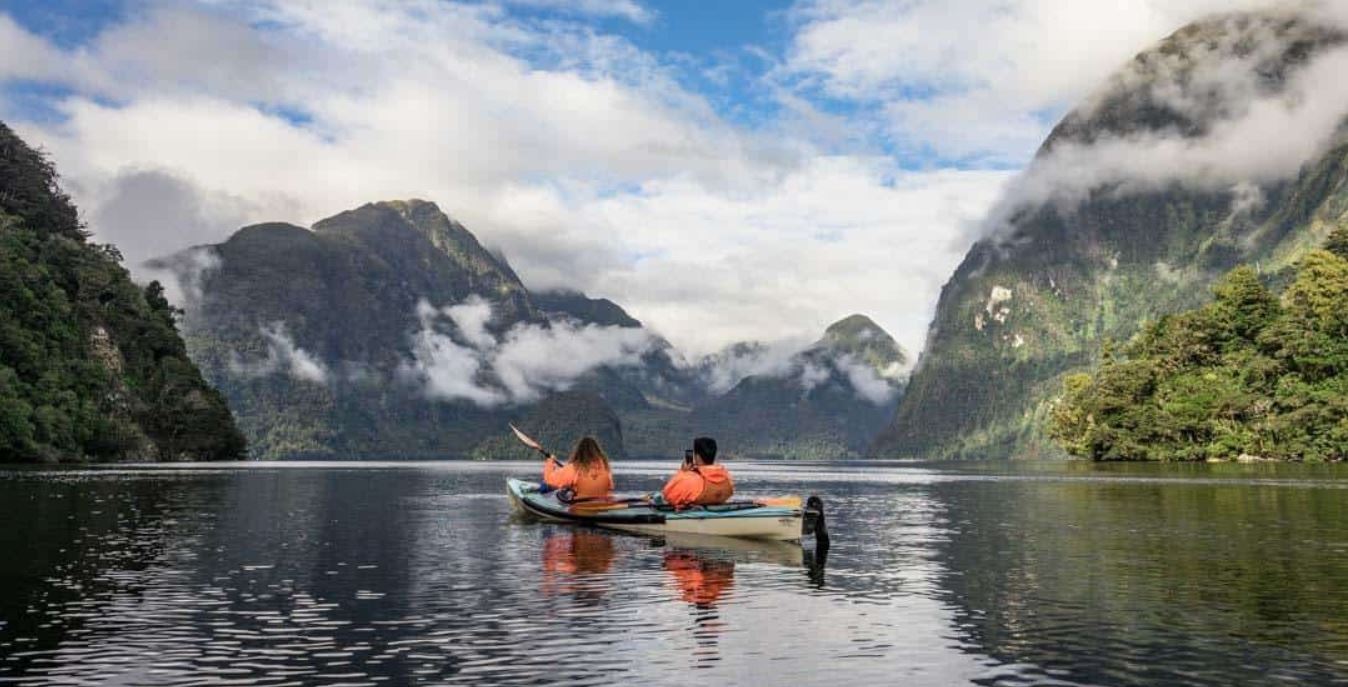 This place was named the Doubtful Harbour by Captain Cook and was later changed to Doubtful Sound. It is also known as the Sound of the Silence. The location is known for the pin-drop silence where nature’s sounds echo in your ears. It is much larger in size compared to Milford Sound and is home to the deepest fiords of New Zealand. To reach here you need to cross the Lake Manapouri and from there you get in a boat and get here and then travel by coach to get to the Deep cove from where you will have to trek to the fiord.

The best ways to explore this location are by kayaking, getting on a scenic flight or on a cruise. The fiord is also home to the southernmost bottle-neck dolphins.

This fiord is geographic isolation in the southernmost part of the National Park makes it one of the most intact natural habitats of New Zealand. The natural wildlife and marine-life live here with no human intrusion and you can spot many endangered species here.

It is highly recommended to take the scenic flight to get here as the pristine environment is best viewed from the top. Once you have arrived you can go kayaking or cruise in the inlet.

You can also take on the walking treks here in the rainforests and get up-close views of the glaciers when kayaking as well.

The first three are part of the long list of 10 Great Walks in Walking Capital of the World.

It is considered one of the finest walks to go on in the world in nature. The trek takes almost 4 days to traverse and it about 55kms long. While taking on the track you see the marvelous spectacle of mountains, forests, valleys and glaciers which finally lead to the picturesque Milford Sound. As the trek is quite popular, it is essential you make an advanced booking to not miss out on the opportunity at the last minute.

This route is for those who want to have the experience of being on top of the world as the track involves climbing alpine paths. It is a 32km trek taking about 2-4 days that is also chosen by a lot of people as an option to enter the Fiordland area. 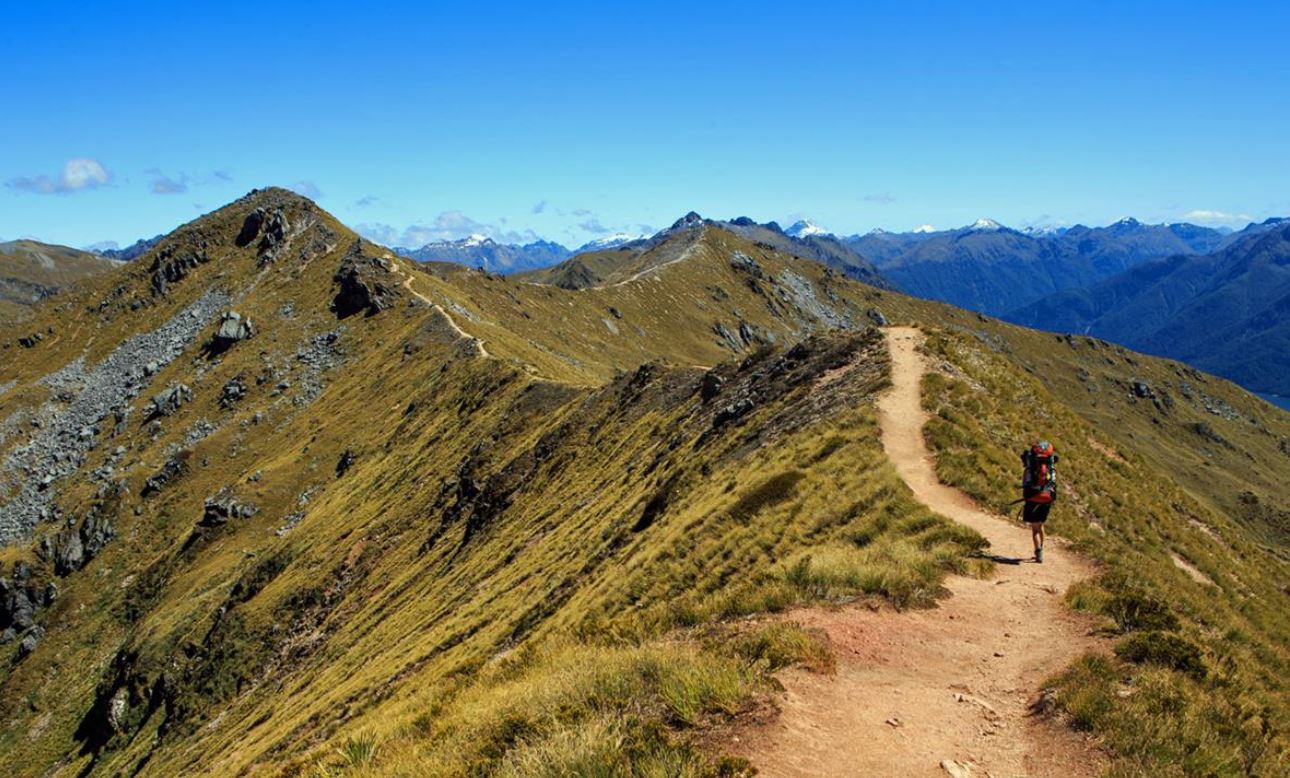 This trek is one of the longer tracks in the Park almost 72km longs which takes 4-6 days to overcome. The trek is a loop between the Kepler mountains and you can also see the lakes Manapouri and Te Anau on this trek. It is one of the least straining treks and is hence popular for people of all ages.

Taking on this trek you will bear witness to some of the most remote landscapes in this Park. The trek is 61km long and will take one about 2-3 days.

The cave is located in Te Anau and where you can bear witness to the shimmering glow and hear the stream of water gushing below you while exploring the caves. The caves are quite young as per geological standards, ageing only 12,000 years. But the network and passages of tunnels, and sculpted rock and an underground waterfall will leave you awe-inspired.

Fiordland is home to four large and brilliantly blue lakes.

The lake is 21km in size nestled between the Fiordland Mountains and is a close-by access point to most of the famous tourist spots of Fiordland. The lake is the second deepest in New Zealand and is only a twenty-minute drive from the town of Te Anau. One can visit the lake while taking on the Milford trek or Kepler trek.

The region is considered the gateway to Fiordland and the areas surrounding the lake is famous for mountain biking, hiking and walking. It is the second-largest lake in New Zealand. The three fiords in the North, South and Middle of this lake separate the Kepler, Murchison, Stuart and Franklin mountains. The glow-worm caves lie on the west side of this lake.

The lake is shaped like a boomerang and is famous primarily as it provides almost 5% of the electricity to the Southern Islands by generating Hydro-electricity. This caused environmentalists to go against the energy generation project as the flora and fauna of the surrounding areas began to suffer. The views of the Mt. Eldrig and Mt. Titiroa are spectacular from this lake.

This lake is the deepest lake in New Zealand with a depth of 462m. It is predominantly visited by tourists for fishing.

It is located in the Hollyford Valley and can be accessed from the Hollyford road. The track from the road is traversed often and one can get a great close-up view of the waterfalls.

It is located very close to the Milford Sound. The water falls from the Lake Quill and can be seen on the way while on the Milford Track.

It is located above the Doubtful Sound and is one of the two contenders for being the highest waterfall in New Zealand. 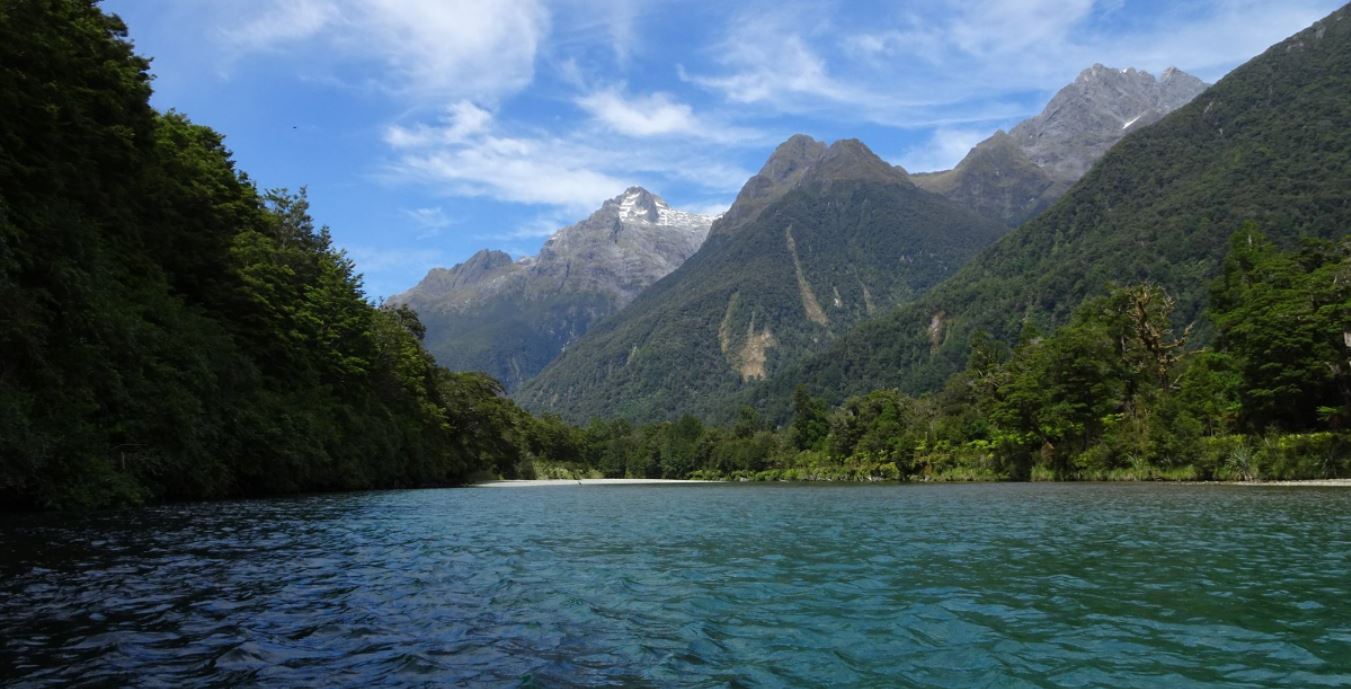 Hollyford Track, one of the best hikes in New Zealand

The valley is in the northern part of Fiordland. It is accessible via the Milford road and Hollyford road, else via treks. The valley witnesses the Maraora river rushing down the Fiordland Mountains. The highly traversed Hollyford track offers the best views of the valley and the riverside shores as the track is not mountainous it can be taken on throughout the year. The track to the Hidden falls on the way the Hollyford track makes it a must to hike.

As Te Anau is the closest town and is highly accessible to the Park it is the best place to stay! Top recommendation for those who would like to live amidst nature and experience it in its true self, camping at the Te Anau Lakeview Holiday Park or Te Anau Kiwi Holiday Park is recommended.

For those on a budget, the Te Anau Lakefront Backpackers or YHA Te Anau Backpacker Hostel are the go-to options. For a middle-range budget, you could opt to stay at Te Anau Lakefront Bed and Breakfast. For the experience of luxurious living stay at Fiordland Lodge Te Anau or Te Anau Luxury Apartments.