Known as one of New Zealand’s best natural attractions, take a boat ride through the glow worm grotto, marvel at thousands of magical glowworms and become part of over 130 years of cultural and natural history. 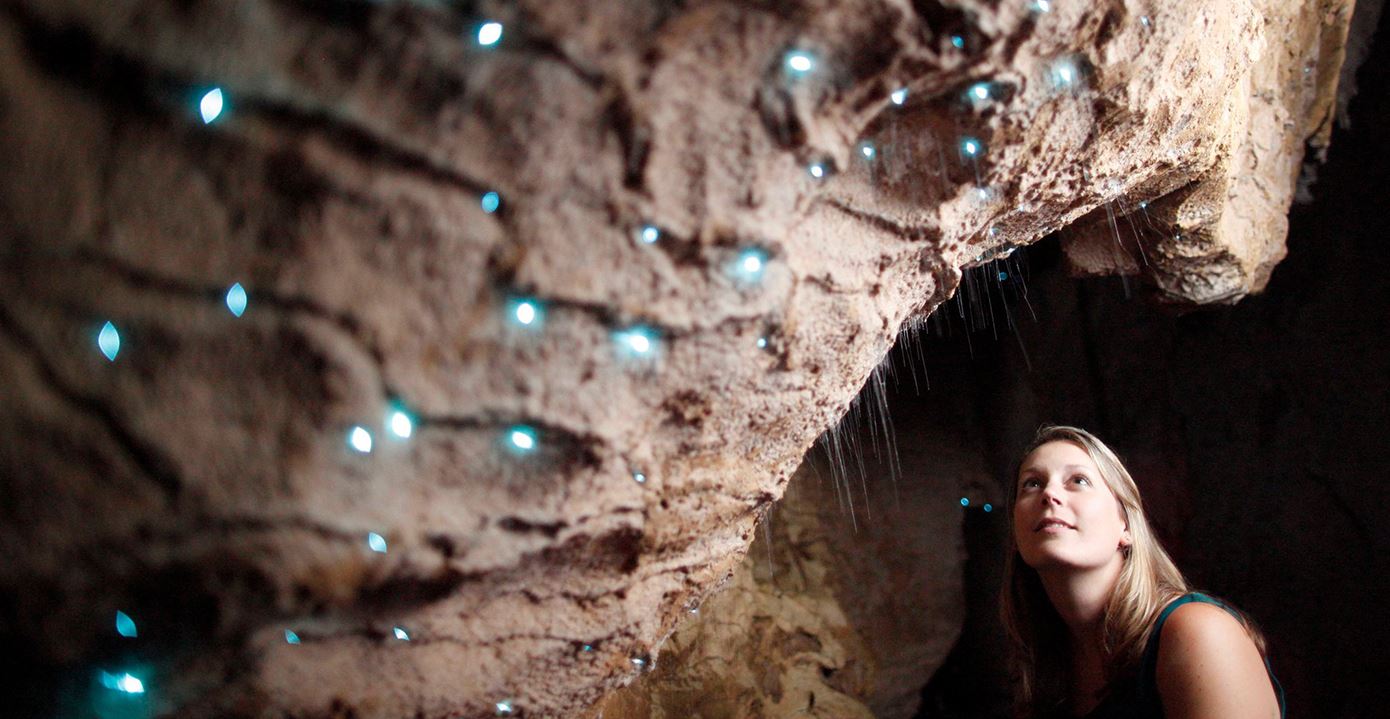 Oceania, a region spanning the Eastern and Western Hemispheres of the globe, has many tiny island nations at its helm. New Zealand is one of the largest countries in Oceania with the North Island and the South Island as its two main landmasses. Who would have thought that this secluded country would have something near to another planet?

Caves all over the world are mysterious in general where nature never ceases to surprise but a visit to New Zealand's Glowworm Caves would still leave you awestruck.

Millions of years ago this marvellous limestone structure formed into these complex formations, called the Glowworm Caves, which is one of the most visited places in the island country from tourists all around the world. This beautiful country called New Zealand, with its name coming from a Dutch word, has as much beauty on land as below it. And just as the name sounds, it is surely a place with many surprises.

Waitomo Caves, a solutional cave system, are limestone caves located in the North Island of New Zealand>. The place consists of a number of such caves which are a major tourist attraction in the region. These caverns, which were first inhabited by the Maori people, who are the indigeneous people of New Zealand, have been a source of attracting tourism for many centuries.

The main attractions in the region include the Waitomo Glowworm caves and Ruakuri caves, which are active with tourists all year round. The place gets its name from traditional Maori language meaning a large hole with water. Presence of hundreds of species of insects which survive underground in seemingly uninhabitable conditions along with making the place look astonishingly beautiful is one of nature’s aesthetic wonders.

The Glowworm Caves, as they are called, illuminate the dark undergrounds in a spark of blue, with the phenomenon occurring due to the presence of the New Zealand Glowworm, a species endemic to the country. These tiny creatures decorate the ceilings of the cave in uncountable numbers hence creating a living sky of shining blue lights. 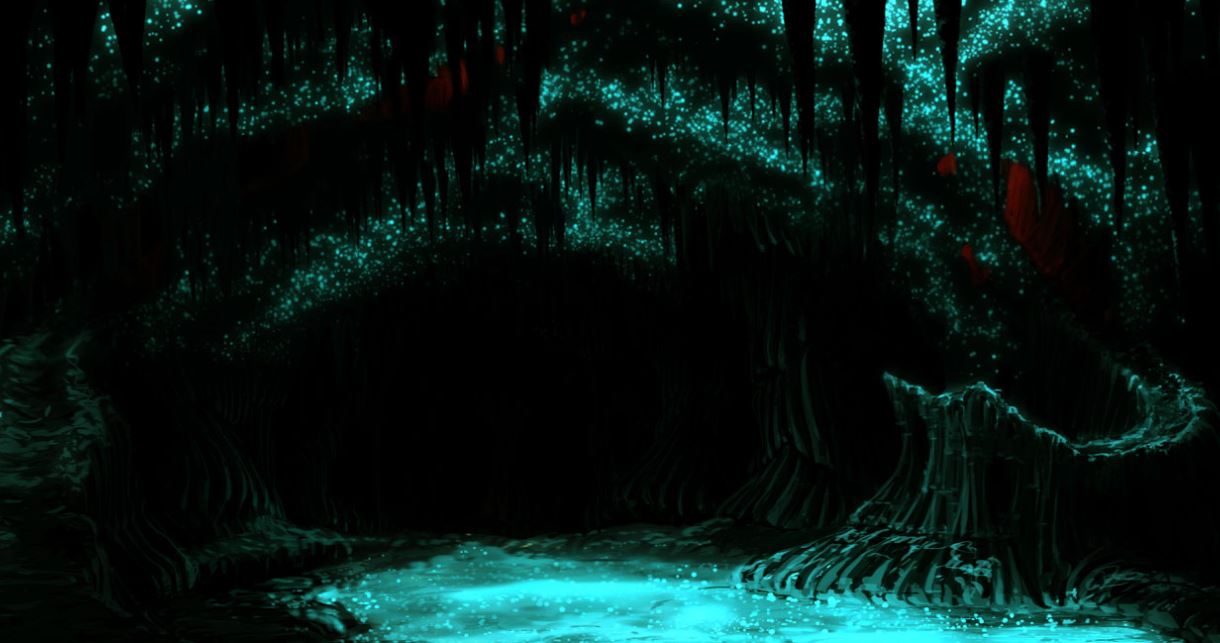 There are different ways of exploring the Glowworm Caves. One of the unique ways include blackwater rafting in the streams flowing as underground rivers. Blackwater rafting is also one of the ways of observing the Arachnocampa luminosa, the species causing the lightning phenomenon, up from a close perspective. Although the idea of these tiny insects causing the beautiful blue radiance inside the grotto seems odd at first, but witnessing this unique phenomenon would surely be more than a thing of beauty.

Another way of observing these underground wonders is through a boat ride where the boat journeys along the cave waters while the visitors amaze at the visual wonders. Boat rides are also organised as part of Waitomo Caves tour which could give more of a feeling of getting a close look of a space studded with distant blue stars. Although limestone caves are famous around the world for their unique structure, formations and geology, but Waitomo caves are definitely one of a kind in offering their spectacular beauty.

In the darkest of the places within the grotto the little living lights at the ceiling sparkle in the prettiest of the blue. Not something worth missing right? 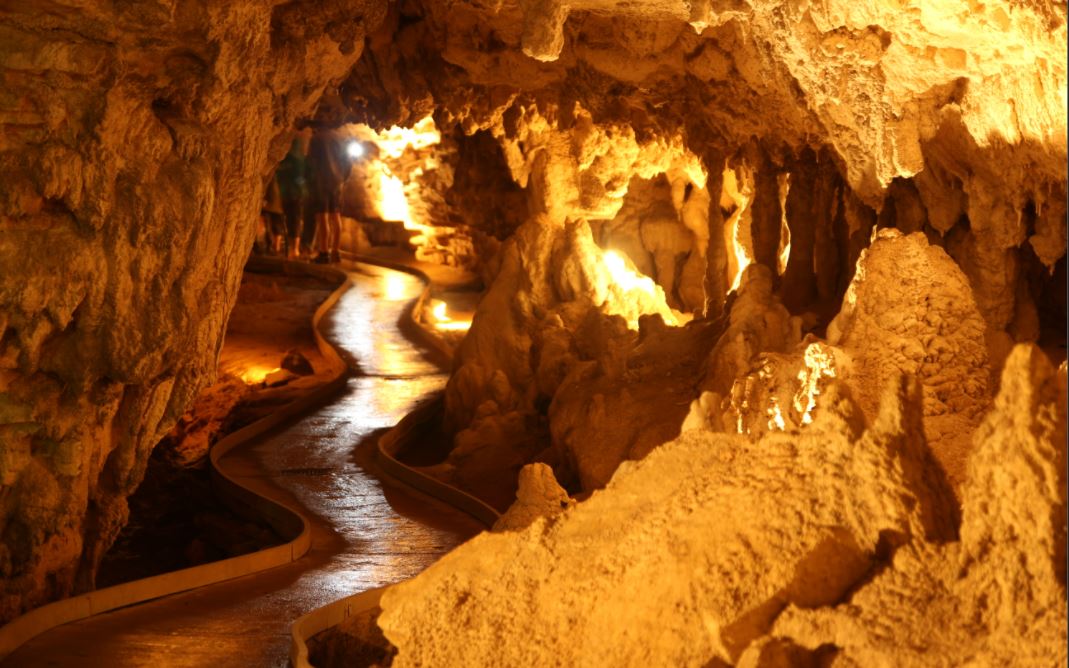 There are more than 300 limestone caves in the North Island region of New Zealand. The wonderful limestone formations are actually fossilised animals, sea creatures and corals from the sea. The stalactites, stalagmites and other types of cave structures were created by water dripping from ceilings of the cave or rivers flowing within the cave passages hence giving birth to these unique formations.

On an average, stalactite takes hundreds of years to grow just one cubic meter. The walls of the cavern are decorated with coral flowers and a variety of other structures, hence making an underground ecosystem of its own.

A Day in Waitomo

Guided tours in Waitomo are organised with a whole day’s plan, with the tour being carried through vertical shafts made of limestone which passes through three levels. All the levels show different formations of the caves with the tour ending at Waitomo river inside the Glowworm Caves.

There are several options of spending a day in this North Island region of New Zealand with many good options to stay nearby the Glowworm Caves itself.

There are several options of spending a day in this North Island region of New Zealand with many good options to stay nearby the Glowworm Caves itself. One of the oldest hotels in the area is Waitomo Caves Hotel located just minutes away from the limestone site, which is famous for its new style Victorian architecture from the 19th century.

Ruakuri Caves, also located in the Waitomo district, is one of the longer caves in the region with many attractions including its limestone formations and cave passages. The main sites of Ruakuri Caves include a Ghost Passage, something as mysterious as it sounds. This cave is famous for its underground waterfalls, rivers and stalagmites, which are complex mineral formations hanging from the ceilings of the cave, or in simple words something more like pointed candles facing the ground. With so many attractions in the vicinity, a fun filled trip to this part of New Zealand is sure to plan for.