The ultimate Lord of the Rings experience for New Zealand Tourists

The home of the Lord of the Rings, the diversity of the landscape, and the scenic locations of the movie are located in all of New Zealand. If you are a fan of the trilogy, New Zealand is a country to add to your bucket list because when you traverse the country, you will feel like you have been transported instantly to the movie and feel the imaginary worlds that inhabit the movie in reality.

Lord of the Ring locations

The dairy farms are lush and the landscape is filled with greenery in the Waikato town of Matamata. The set of Hobbiton is picturesque and brilliant. The Hobbiton is the peaceful region of Shire in the Middle-earth. You can live truly like a hobbit here from staying in a hobbit-hole, drinking and dining at the Green dragon, and dance under the Party Tree. 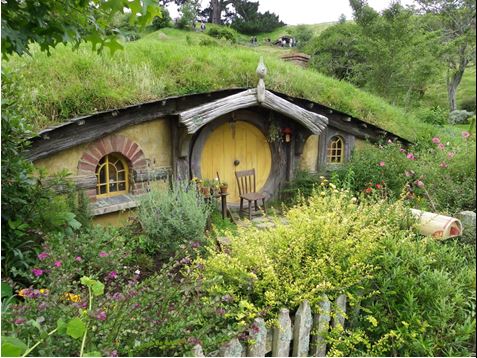 Many locations of the trilogy were shot near and in the Wellington region. The Mt. Victoria and its surrounding forests were shot as the Hobbiton Woods where the Hobbits hid from the black riders. 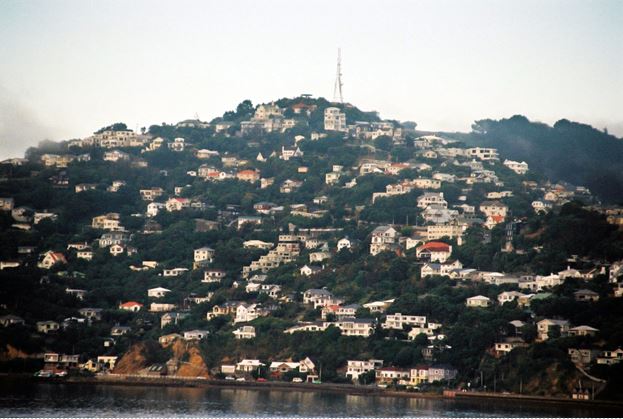 The green and lush Harcourt Park in Wellington was transformed into the magical and beautiful Gardens of Isengard. The Kaotoke Regional Park located here was converted into the magical realm of Rivendell. This was the spot in the series where Frodo was recovering after being knifed.

When you head along the Kawarau River and reach the point where the river narrows to form a gorge, you feel like you are in the location Pillars of Kings being welcomed by the two giant statues (which were added post-production). There are walking tracks that take you to the gorge and the scenic beauty of the landscape gives you immense joy to watch. The gorge is also known as the Anduin river. 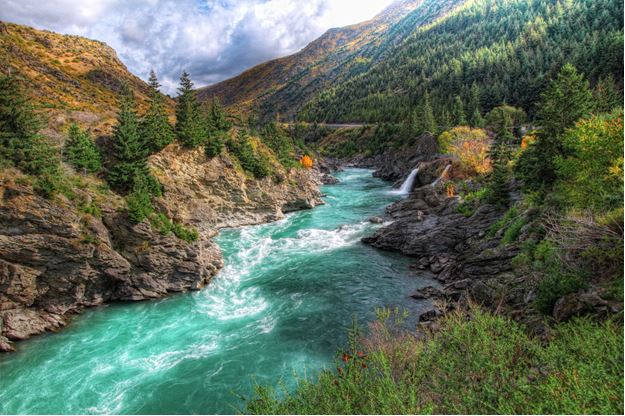 As you enter Twizel you are welcomed to the city of Gondor in the Lord of the Ring series. The place is called Mackenzie County in the South Islands. A short drive from the town of Twizel is the location for the Battle of Pelennor Fields. The grassy fields of the county ultimately lead up to the foot of mountains just as shown in the Lord of the Rings show. Here, you can take on many activities like Hiking, Mountain-biking, and skiing. The location of the battle is a private area and can be accessed only by arranging for a tour in the town of Twizel.

The eroded pillars located near Wellington on the Dimholt road in the North Islands make up the Pinnacles shot in the series. This is the spot where Legolas, Aragorn, and Gimli first met the army of the dead. The uniquely shaped pillars and the surrounding landscape strike one as remarkable as they do in the movie.

READ MORE:
Learn about coming to New Zealand as a tourist or visitor.

Famous Mountain in Lord of the Ring series

This mountain peak is the location in the film where the beacons of light were lit by Gondor and Rohan. A scenic view of this location can be obtained by getting on a flight or hiking the mountain. The Mt. Gunn is located very close to the Franz Josef glacier and while on the hike to the glacier valley you get stunning views of the peak.

READ MORE:
Read about Franz Josef and other popular glaciers in New Zealand.

In New Zealand, Mount Doom is all the more ordinarily known as Mount Ngauruhoe, found in Tongariro National Park. You can get a great look at Mordor and Mount Doom, like Sam and Frodo you'll be able to climb nearer to the fiery depths of Mordor while tackling the Tongariro Crossin which takes an entire day to cross. This walk is viewed as extraordinary compared to other day strolls in New Zealand.

These stunning mountains and the lush green fields are the backdrops for the land of Edoras in the Lord of the Rings series. The mountainous region is located in Canterbury on the South Islands and when you get there you can picture the placing of the Edoras on the Mt. Sunday. The capital city of Rohan is beautiful on the show and seeing the location in real is as pretty as a picture. Hiking up the hill and summiting the peak of Mt. Sunday.

Nelson is home to the creator of the 40 original rings which were used in the production of the Lord of the Rings. Heading west from Nelson you should head to the Takaka Hill which was the filming location of the Chetwood forest in the movie.

Lord of the Ring experiences

The hobbit feast where you enjoy an evening banquet like a Hobbit with a special menu of food and drinks which were decided in tandem with the art director and the producers of the Lord of the Rings. The food consists entirely of local produce and is a heart home-like meal that has never been finished since the beginning of the banquet in 2010. This meal and drinks which make you feel like a true Hobbit can be had in Hobbiton. 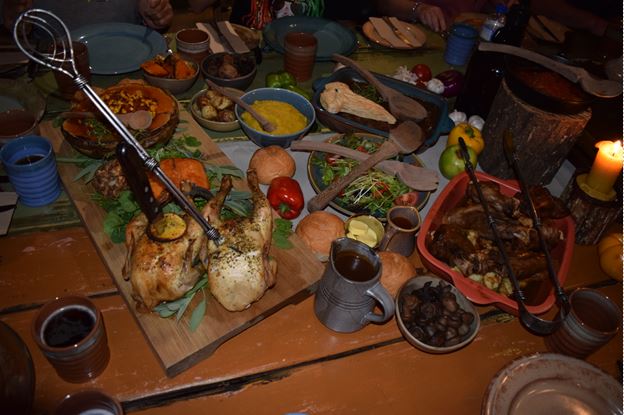 The Weta Cave and the workshop in Wellington is a popular site visited by Lord of the Rings fans as they get a wholesome experience of the shooting, direction, and editing of the series. Here you can discover the people who were behind the creation of the imaginary world of the series into a reality. 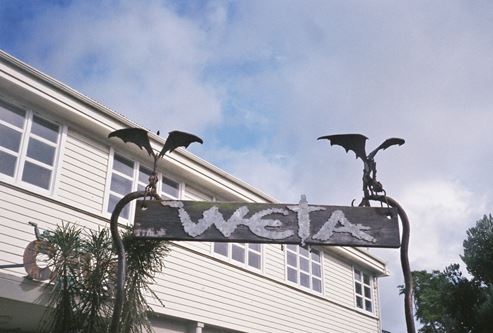